We’re starting our list early this year. Instead of waiting until the end of the year to post an overwhelmingly huge list of awesome albums, we’re going to update this list with albums as they’re released.

Last year we missed a bunch of great albums. If there’s something you like that we’re missing, let us know in the comments section below!

Keep checking back for updates… About the album via Castle Face…

In the vapor trail of “How Does It Make You Feel,” the first track on this self-titled full length, one can smell the burnt ozone of a seventies-full-orchestra-nebula-pop-odyssey, the flakes floating down and landing like snow, giving grave-chills … the ash of a masterpiece pop song. Once And Future Band: this incredibly accomplished cabal of total prog wizards has circled the earth, but then, these are the accomplished gentlemen of many former pursuits (the formidable Drunk Horse among them) and all of them comets themselves.

The very mid-’70s vibe at work here surpasses pastiche, and crests that lovely anachronistic conceptual peak: a fully realized and meticulously arranged psych record, meant to be listened to from top to bottom, with the lights down low and in a comfy chair perhaps, or while gazing out the window of your life pod. The Dark Side of the Moon feel, with shades of early Yes’s technicality, a dash of Steely Dan’s vocal prowess and effortless sheen, and some seriously outsized hooks that call to mind the mighty ELO, Le Orme and, yes, even the unsinkable Queen powered on Brian May’s tape echo jet fuel and sequined power cells….read more

About the album via Drag City…

Ty Segall has made whole records that wrestle with realities – fighting against some, pulling mightily to bring others into being. His new self-titled record – the next record after Emotional Mugger, Manipulator, Sleeper, Twins, Goodbye Bread, Melted, Lemons and the first self-titled album that started it up in the now-distant year of 2008 – is a clean flow, a wash of transparency falling into a world that needs to see a few things through clearly, to their logical end. It’s got some of the most lobe-blasting neckwork since the Ty Segall Band’s Slaughterhouse (from way back in the long, hot summer of 2012), but it also features a steep flight of fluent acoustic settings.

The construction and destruction of his chosen realities has, until now, been a luxury Ty has rightfully reserved for himself, striping overdubs together to form the sound – but for this new album, he entered a studio backed by a full band – Emmett Kelly, Mikal Cronin, Charles Moothart and Ben Boye – to get a read on this so-called clarity. This leads to a new departure in group sound, as well as some of the most visceral and penetrating vocal passages yet heard from Ty Segall. Take debut single, “Orange Color Queen,” for example — a supreme moment of tenderness….read more

About the album via Sacred Bones Records…

Meaning all things magick and supernatural, the root of the word occult is that which is hidden, concealed, beyond the limits of our minds. If this is occult, then the Occult Architecture of Moon Duo’s fourth album – a psychedelic opus in two separate volumes released in 2017 – is an intricately woven hymn to the invisible structures found in the cycle of seasons and the journey of day into night, dark into light.

Offering a cosmic glimpse into the hidden patterning embedded in everything, Occult Architecture reflects the harmonious duality of these light and dark energies through the Chinese theory of Yin and Yang.

In Chinese, Yin means “the shady side of the hill” and is associated with the feminine, darkness, night, earth. Following this logic, Vol. 1 embraces and embodies Moon Duo’s darker qualities — released appropriately on February 3, in the heart of winter in the Northern Hemisphere….read more 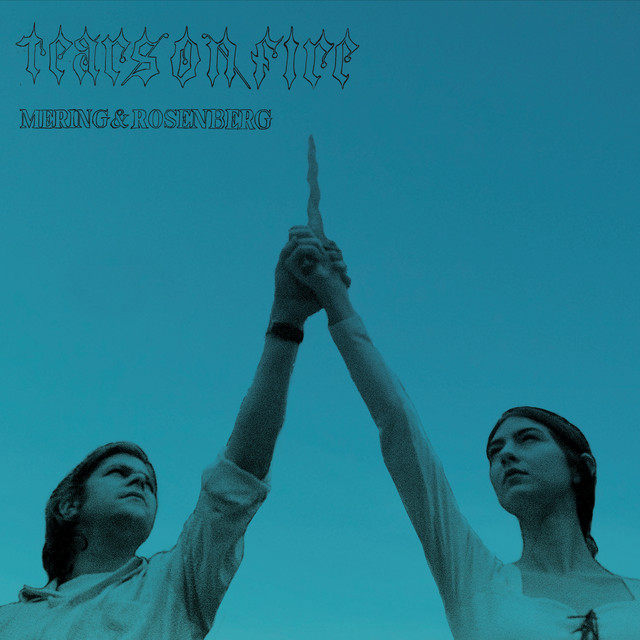 About the album via Mexican Summer…

In the middle of March 2016, over a week-long musical residency in the desert, two weird planets went conjunct. Both bore a bright color palette: Ariel Rosenberg (aka Ariel Pink), an underground icon known for his stylized, subversive pop, and Natalie Mering (aka Weyes Blood), bold bringer of a future cosmic folk realm. Under the mystic lights of Marfa, Texas, they composed and captured Myths 002.

As West Coast singer-songwriters with a shared sensibility for mood, Natalie and Ariel have been collaborating artists, mutual admirers, and friends for years. Mering appeared as guest vocalist on Pink’s 2013 album Mature Themes, Pink produced the infectious Drugdealer song “Suddenly” featuring Mering. Mering’s third album, Front Row Seat To Earth, is set to be released on Mexican Summer this November. Pink’s first album for the label is set for “sometime 2017.”

The atmospheres and auras of these two pop artists assemble as new hues on Myths 002, their distinct voices inexplicably, effortlessly folding into harmony. The four songs capture musicians at play — speak-talking dramatic interludes, twisting up songs strangely before releasing them assuredly in New Romantic resolves….read more

An Interview with Once & Future Band + Album Stream Reply